What a month if it didn’t blow it was virtually glassed out which was very frustrating with guests missing out if they fell on the bad weather. We still got plenty of days in with some good surface fishing keeping guests busy. 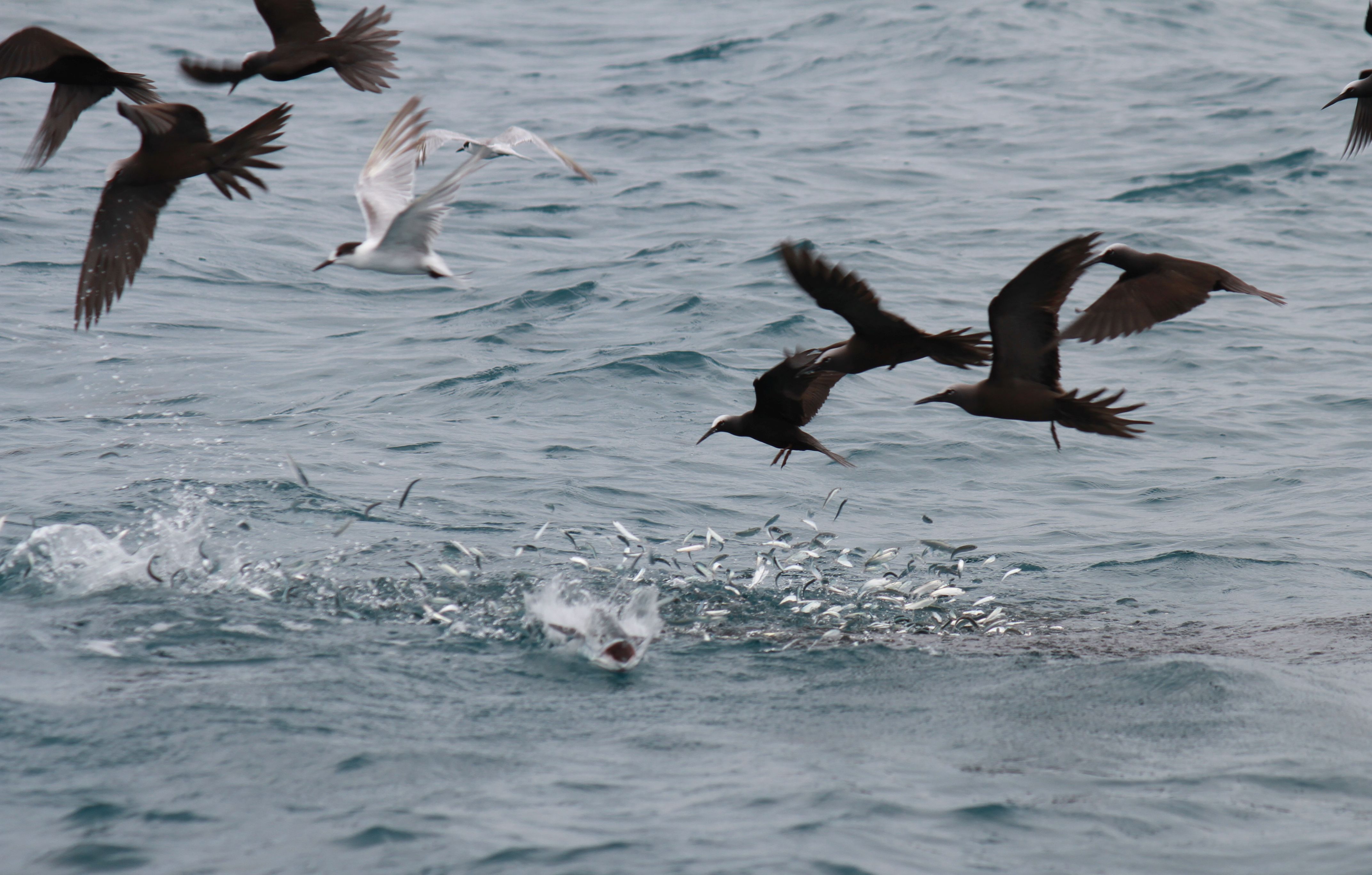 Mac tuna, longtail tuna, spotted mackerel, broad bar mackerel, bludger trevally and golden trevally joined in the bait balls along with plenty of sharks. Fishing deeper under the bait produced the trevally and longtails with micro jigs, soft plastics and vibes getting results. 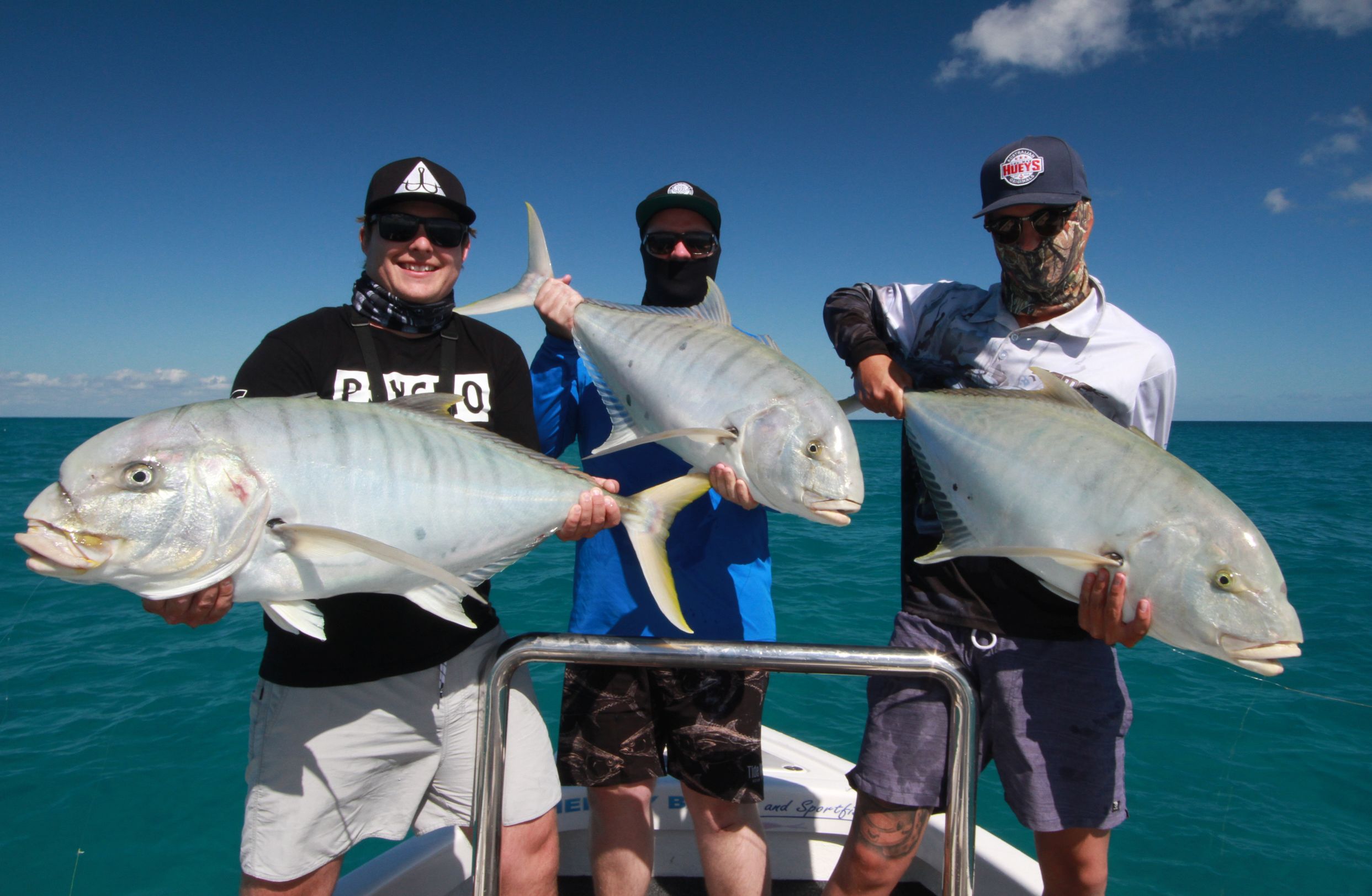 On the reefs we targeted species like grunter, cobia, golden trevally, cod, scarletts and more. The old faithful zman streakz is such a versatile lure for us when fishing deep reefs, it can be worked in a range of different ways and is very handy when you see a few busting fish in range. 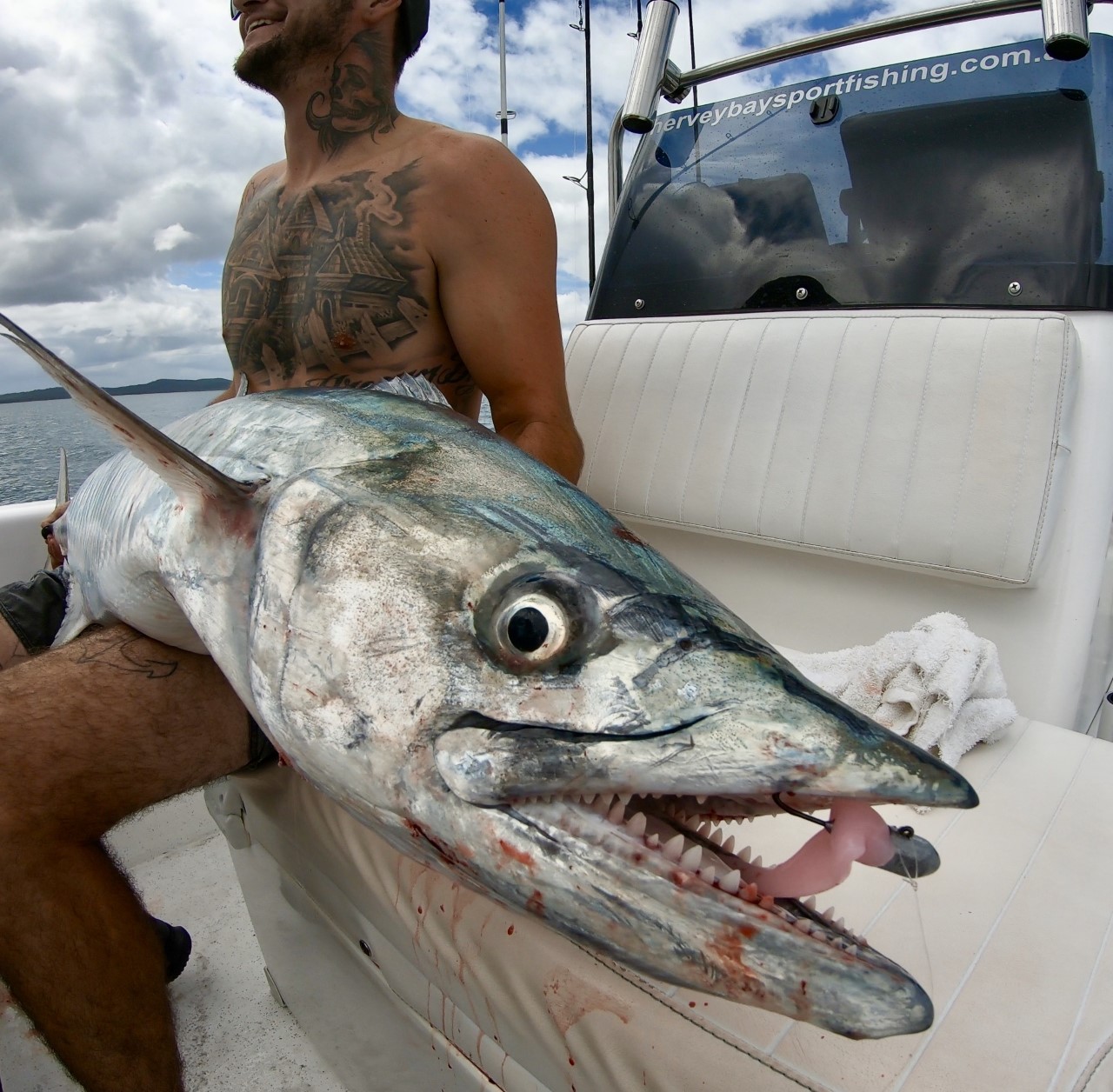 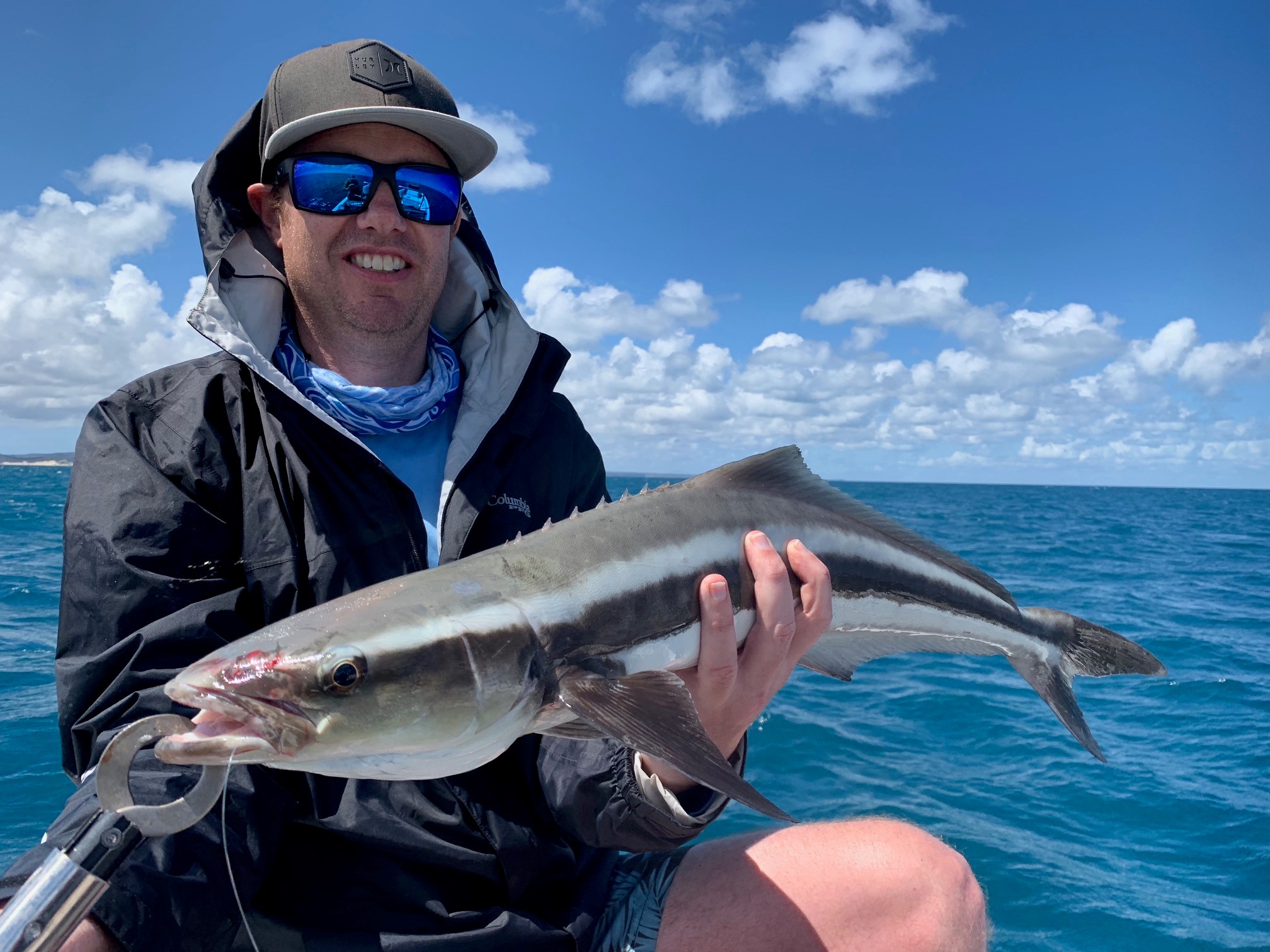 Lucky dipping cobia on a reef

The juvenile black marlin run was a bit of a fizzer this year. Only a handful were caught but Cairns had a great season on big ones,  good times ahead for the next few seasons. 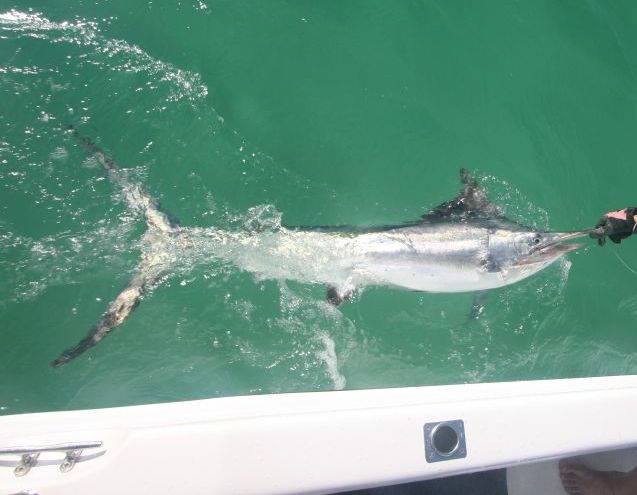 In the straits we enjoyed some great fishing on queen fish when conditions didn’t allow travelling up the island.Targeting them on soft plastics and poppers is always a great experience for guests. Fly anglers also got to have some fun with the queenfish along with flats fish like GT’s, golden trevally, brown bastards and more. 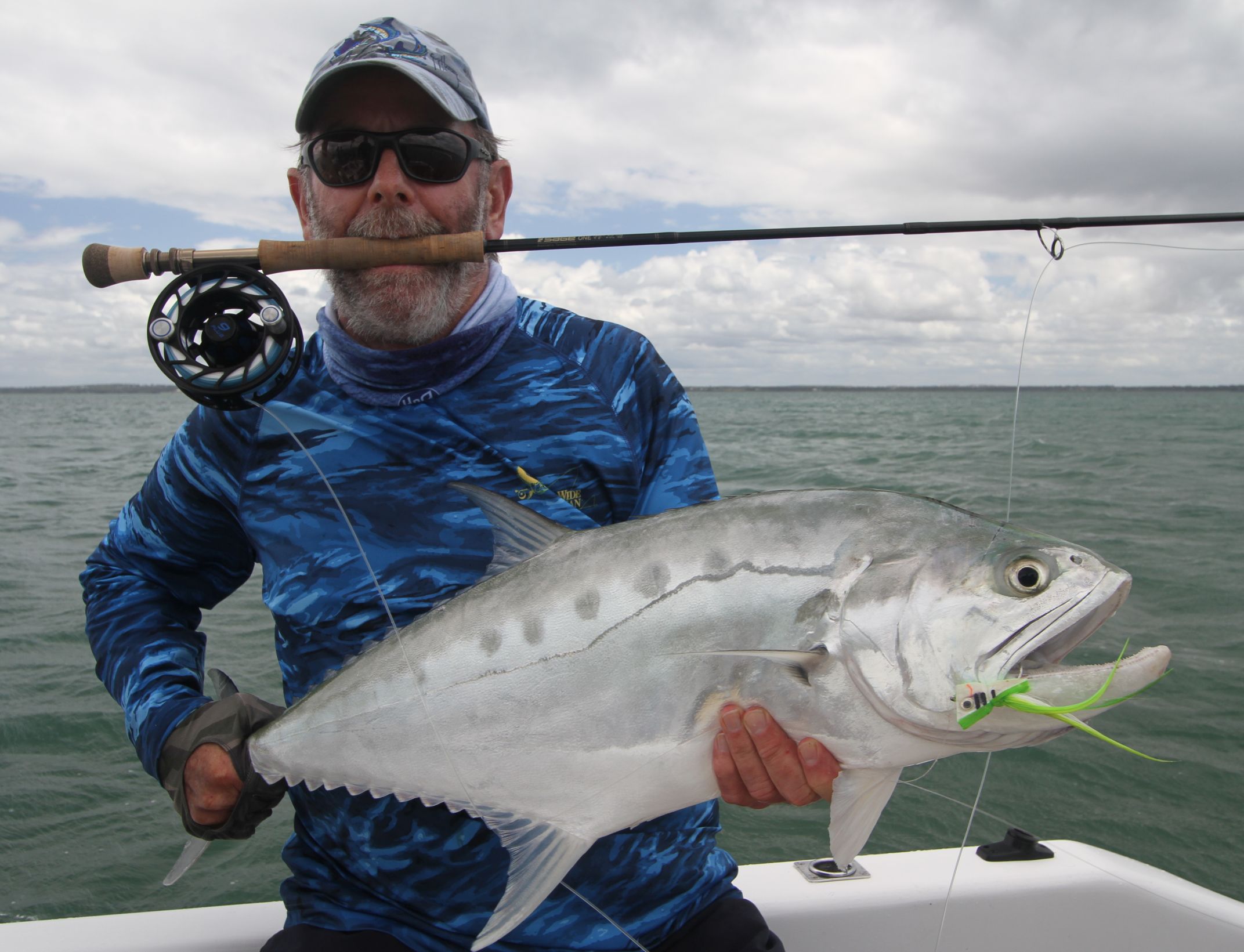 Queenfish on fly for Dave from NZ 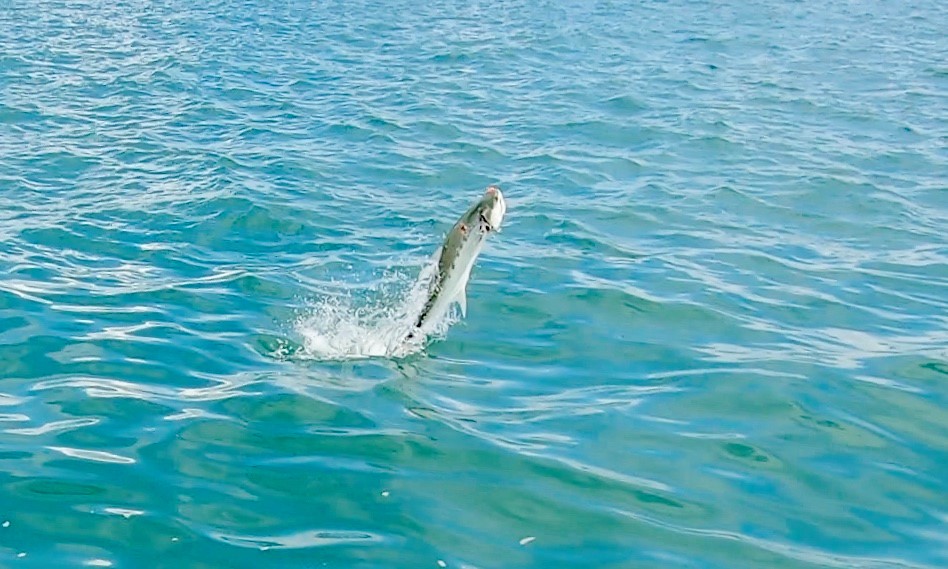 We still have some dates left for the New Year period if you are thinking about some New Year Fishing get in quick to secure your dates. We also have gift vouchers available for a great gift idea for the fisho in your family. Email  fishing@herveybaybaysportfishing.com.au

Catch of the Month 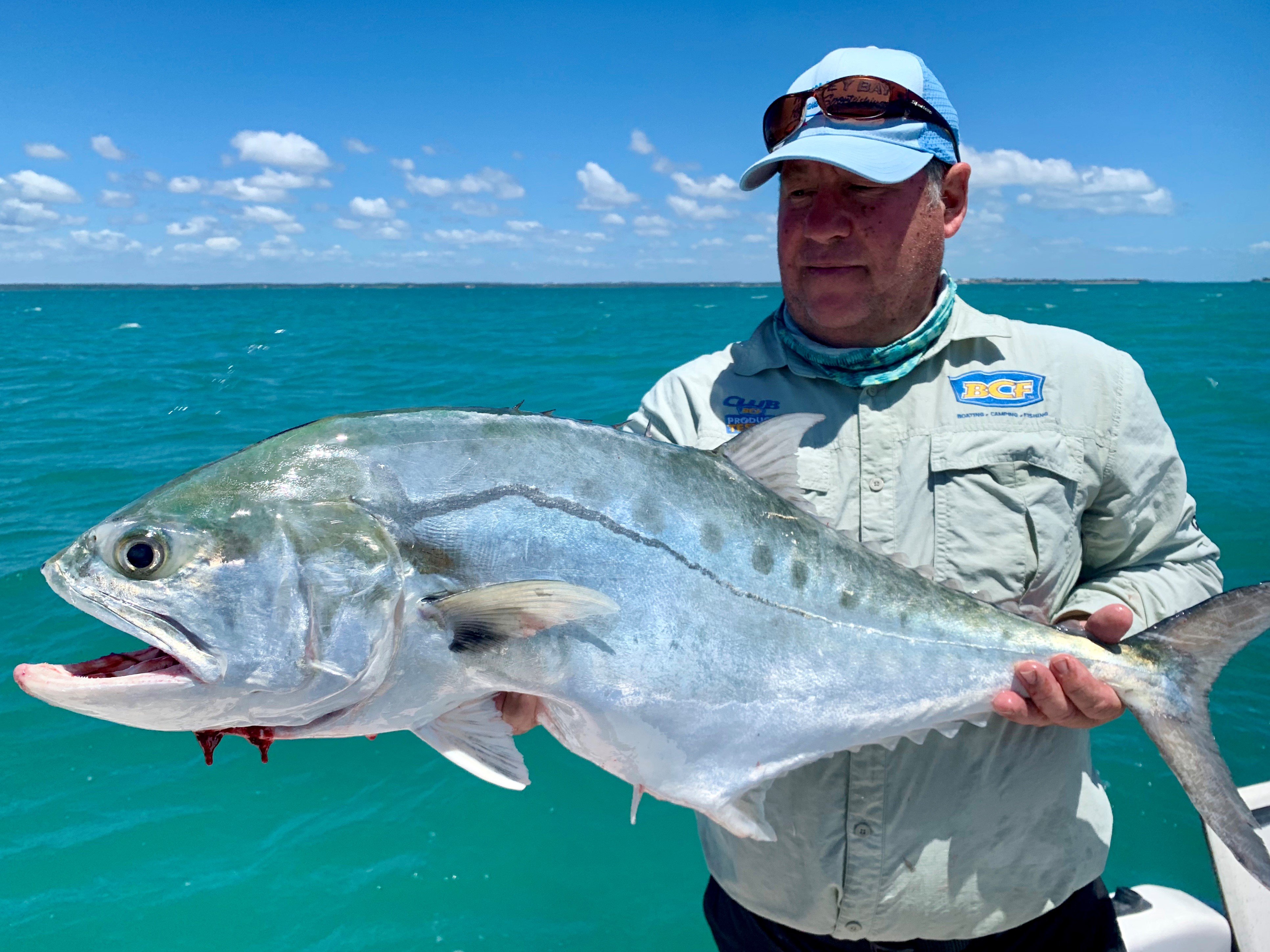 Product Of The Month

This month the Shimano Saragosa is our product of the month. We run 5000 and 6000 saragosa’s and put them through hell. We have found that they are one of the most bullet proof reels on the market and can certainly handle the punishment of constant charter use. Make sure you have one under the tree this Christmas you won’t be disappointed.

Don’t miss out, Book now for Autumn 2019 Tuna season. From February until June we see our migration of longtail tuna, with the longtails mac tuna, queenfish, grey mackerel and more move through the bay. Get in early and secure your desired dates. Email fishing@herveybaysportfishing.com.au

If you watch a lot of you tube you would have no doubt seen the Morning Tide Crew’s videos. Here is Briggsy’s version of the FG. Give them a follow while you are there.

The past week there was a outstanding capture of a 1431lb Black Marlin in the waters just North of Fraser Island. Rob Crane was the lucky angler on board Too Easy. This fish is the second biggest caught in Australian waters and is only 100 odd pounds off the world record set in 1953. This great capture has brought more attention to the great fishery we have off Fraser Island and proves that it can be one of  the best marlin fisheries on the planet. Great news for the heavy tackle boats.

The age old debate about killing fish for a trophy always rears its head when big fish are killed. Far left anglers are always going to think that killing fish for records is unacceptable. Personally if it’s for a record I have no problems in killing a fish. The IGFA puts plenty back into research which is funded by it’s members which are the ones that chase the record fish and killing a few out of hundreds of tagged fish will not hurt the population. 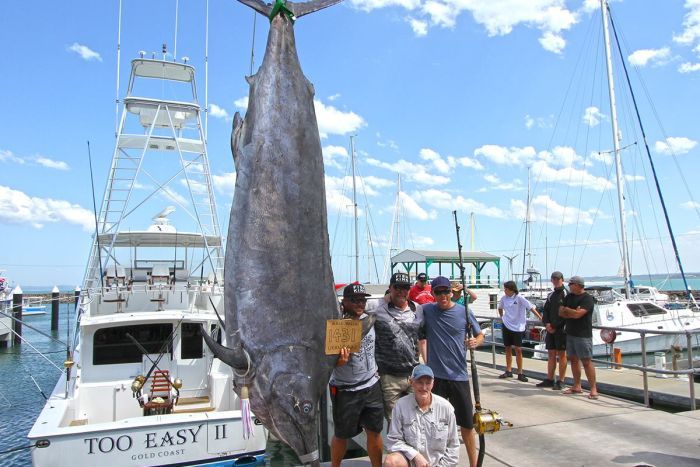 This weeks weather in hervey bay

Thanks for reading our newsletter see below for some pics from November trips.

Hugh with a queenfish

Veronica with a solid golden trevally

Jackson with a mac tuna

The fish we catch and sights we see!

If you were thinking of chasing Tuna on fly, I couldn’t recommend Hervey Bay and Andrew Chorley more highly. And if you get bored chasing large numbers of Longtail and Mackerel Tuna, Andrew knows all the reefs that will produce Golden Trevally, Brassy Trevally, Tuna, and various Mackerels with a fast sinking fly line.

Hervey Bay Fly and Sport Fishing Charter without a doubt has been one of the best charters I have been on within Australia. Hervey Bay, with its abundant waters providing a variety of fish all year round in its self makes an amazing fishing location. Andrew Chorley is an experienced angler and Fisher Guide who goes out of his way to ensure everyone on board is well looked after & landing those fish!

The whole experience fishing with Andrew was fantastic, the place, the boat, the company and of course the fishing. I have never fished with a guide who worked so hard to give the client what he wanted (I needed a holiday to get over my holiday) or who was so easy to get along with. A thoroughly enjoyable experience, I can’t wait to get back.

Come and enjoy a great day on the water being professionally guided around our beautiful waters of Hervey Bay. Being a born and bred local and living in Hervey Bay his whole life, let Andrew show you some of the best fishing, wildlife and scenery that Hervey Bay and the Fraser Coast has to offer.